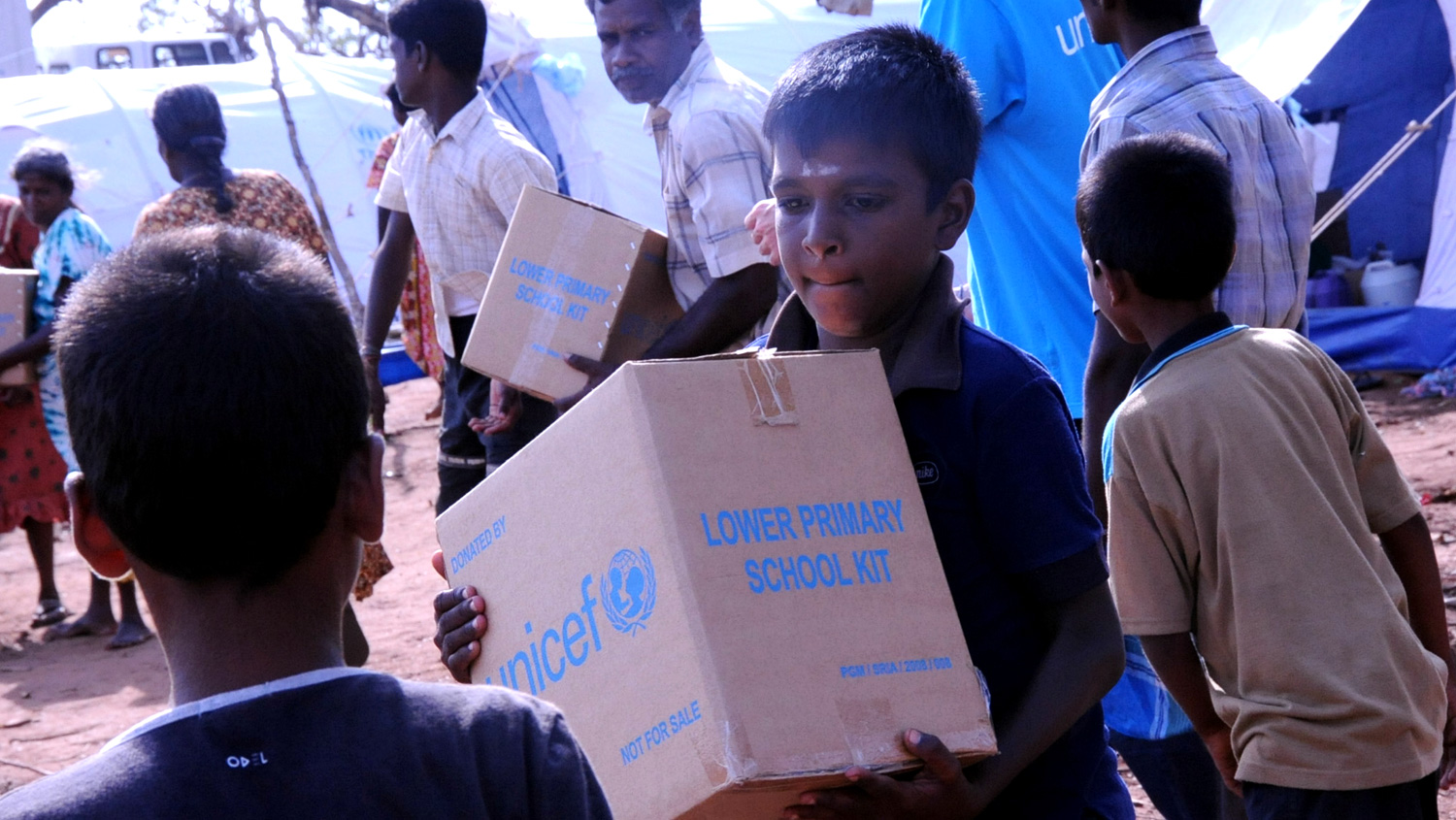 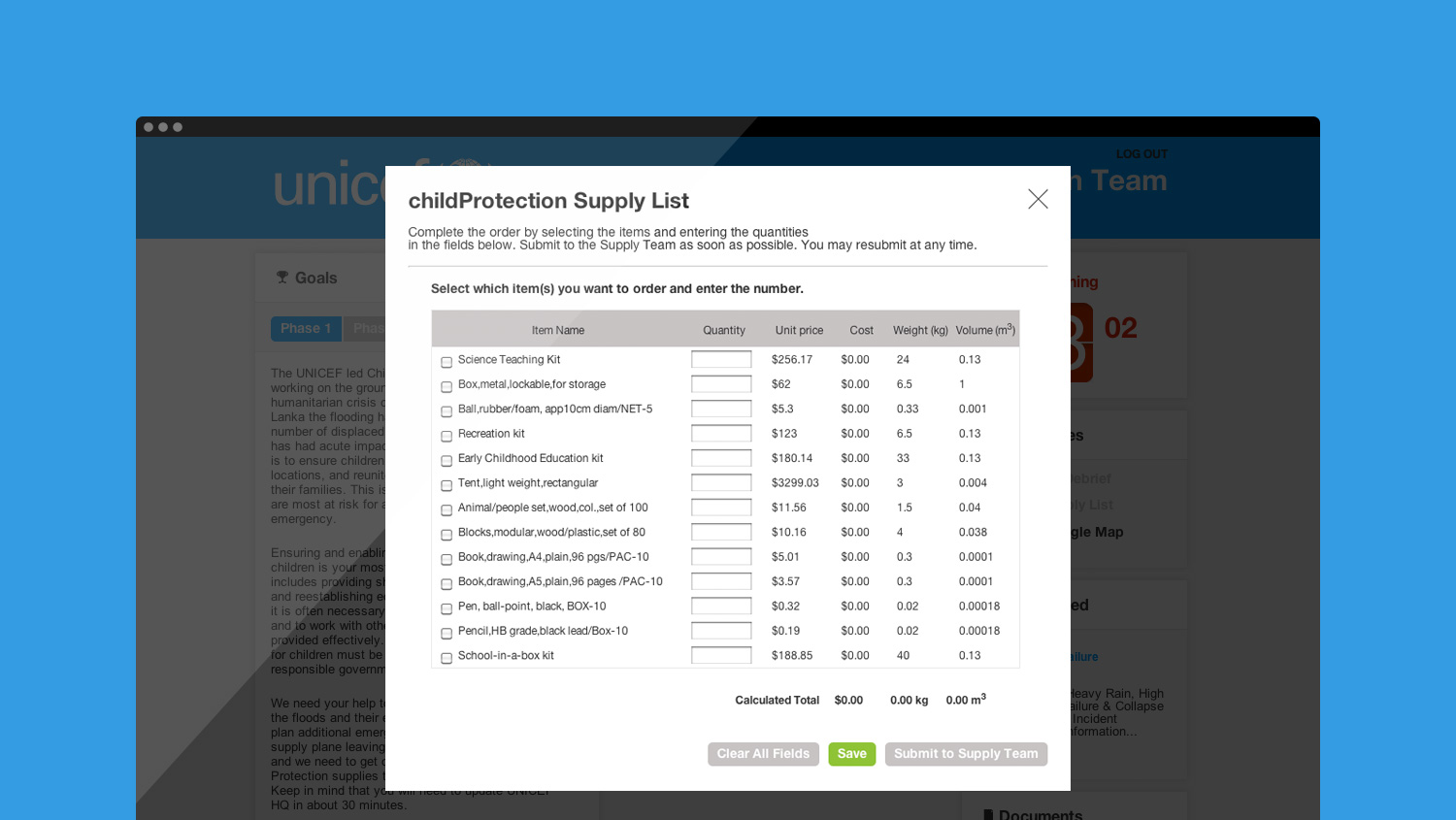 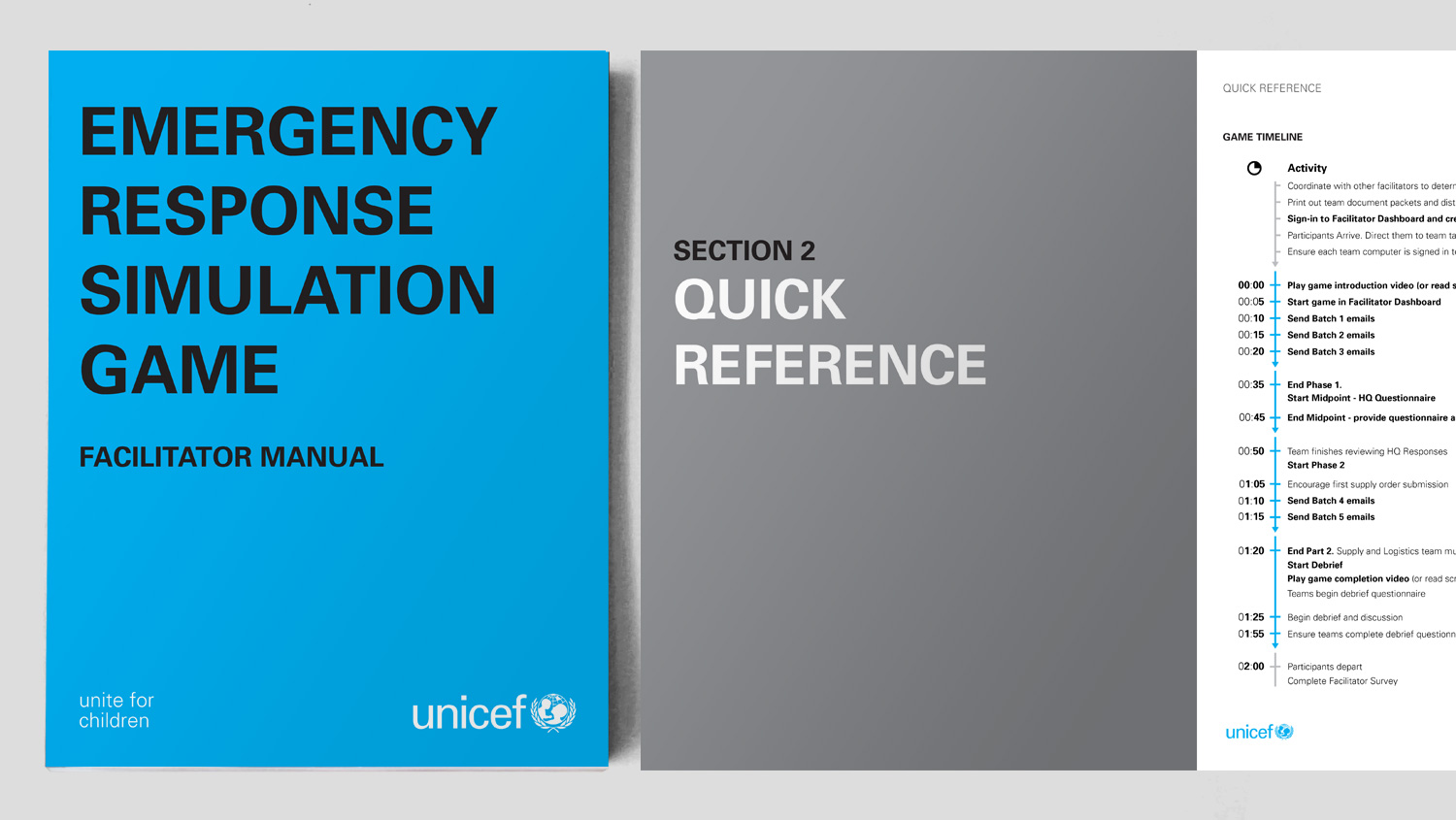 UNICEF is a powerful first responder in times of crisis, yet not many people fully understand their role on the ground. To engage potential donors and volunteers around UNICEF’s mission, frog and UNICEF developed a game that provides a brief, intense immersion into the life of a UNICEF worker. UNICEF had developed an early prototype of the game to engage stakeholders, but they needed a robust digital tool that could scale up for use by audiences across the world. frog developed a downloadable, open-sourced Simulation Game and accompanying manual that showcases the challenges UNICEF faces and can be deployed quickly and easily by volunteers anywhere.

With content based on real disaster scenarios, the two-hour Simulation Game positions players as members of one of UNICEF’s emergency teams: Water, Sanitation and Hygiene (WASH), Nutrition, Health, Child Protection, and Supply and Logistics. Each team is provided with a computer and directed to a web application that acts as the primary game interface. Through this dashboard, teams are provided with tasks and tests, reference documentation, a news feed, internal “email” system, and a game countdown timer.

To design a tool that is both engaging and educational, frog balanced learning themes and realism with play and game mechanics. Completing game tasks requires intense coordination and fast decision-making — sometimes with incomplete information — to reflect scenarios typical of relief workers. The Health and Nutrition group, for example, needs to quickly assesses damage and make rough population estimates to create a vaccine order from UNICEF’s supply division in Copenhagen. The Supply and Logistics team manages these orders and prioritizes input from each team to allocate their limited budget. Through the gameplay dashboard, teams communicate with one another via “email” and receive urgent updates from UNICEF HQ, twitter, and the news media, both to give contextual information and distract from the tasks at hand.

By offering insight into the difficulties and intricacies of relief work, the Emergency Simulation Game helps UNICEF build alliances with individuals and organizations that might contribute valuable skills and resources in times of need. 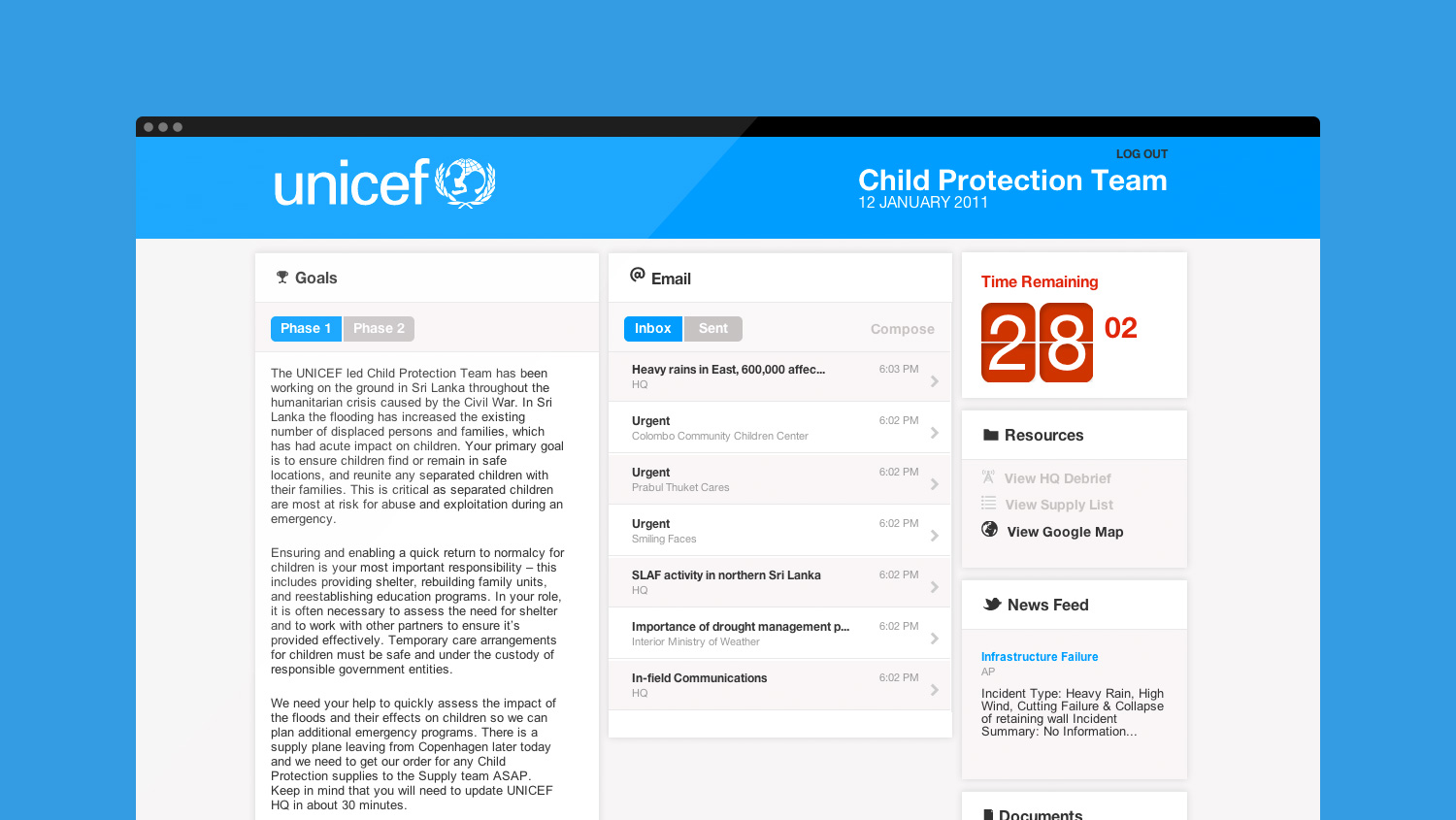 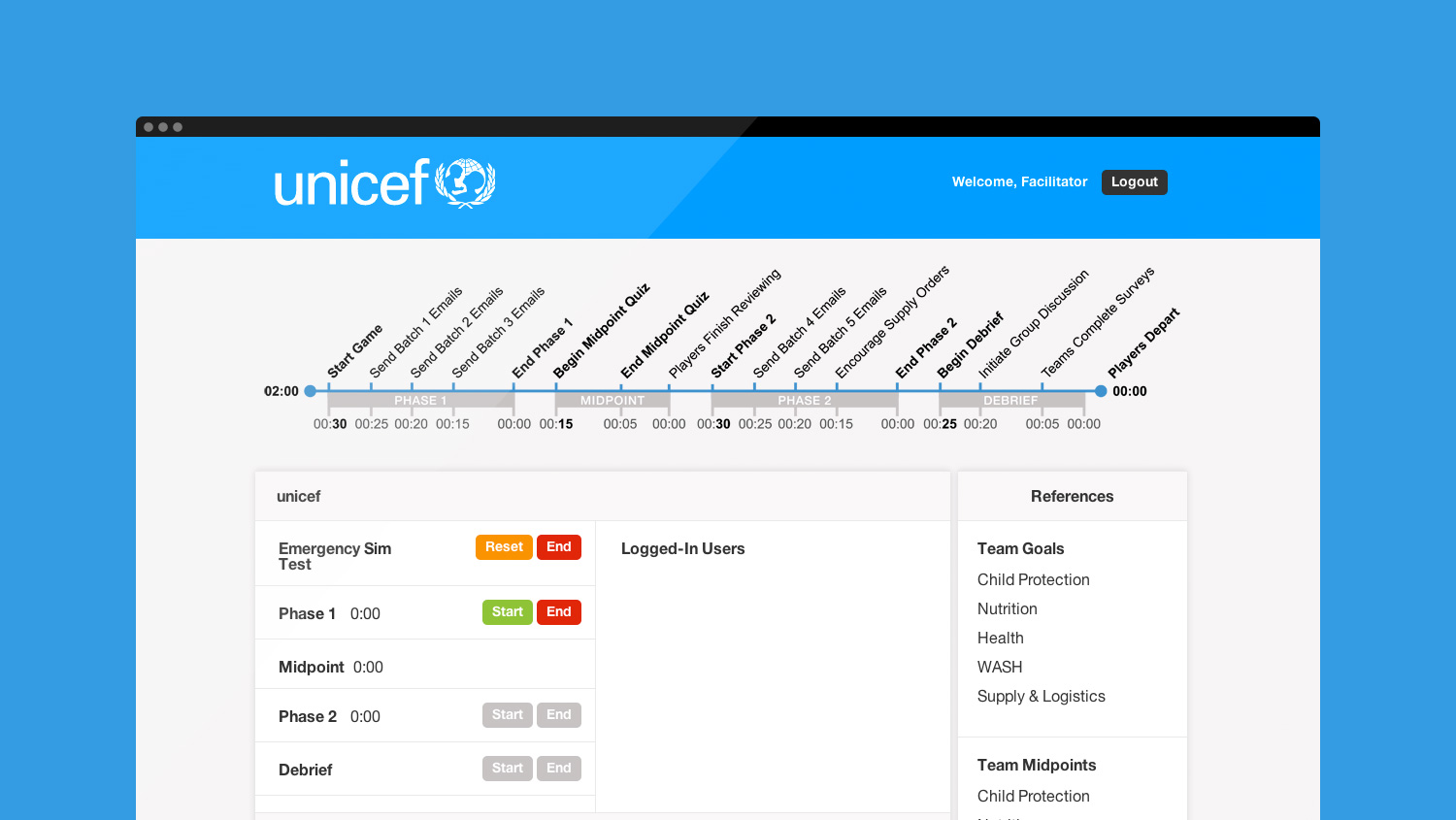 Join us to do the best work of your life
Together we advance the human experience through design.