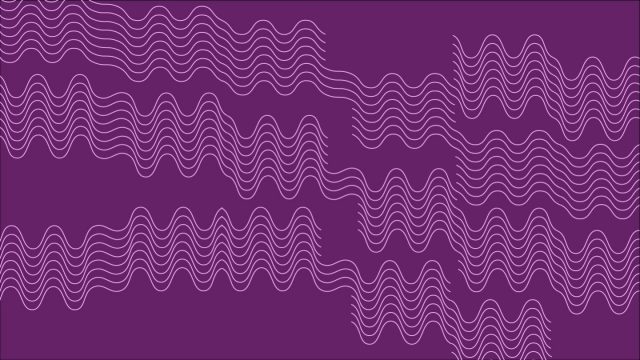 The Connectors Project from MasterCard, produced in collaboration with frog, found that despite differences in the economic climate in Mexico, Egypt, India and Indonesia, there was a common thread among individuals who had demonstrated considerable economic progress in their lifetime.
BY FABIO SERGIO, SHAMINA SINGH & ALESSANDRA VALENTI — FROG

Those operating in the informal sector often exist on the periphery of the economy, without access to basic services, such as education, healthcare, steady employment and capital. They comprise a significant part of the economic activity of a country, yet are typically marginalized and forgotten. While many organizations and governments have launched initiatives to bring this segment of the population into the formal sector, they often lack a complete understanding of the needs, desires and existing processes of this segment.

“The world has worked, especially banks, on the premise that they know the truth. They think they know how to back people, but the reality is they don’t. They treat people like they don’t know how to manage their finances…yet these people have been managing their finances since they were kids. I think that successful business models are those that connect existing behaviors of the poor in a formal way,” said Ana Barrera, CEO of Aflore, a Bogota based social enterprise that provides loans to individuals via a network of informal advisors.

Large financial institutions are catching on to the need for additional insight into the existing behaviors Barrera mentioned. The Connectors Project from MasterCard, produced in collaboration with frog, found that despite differences in the economic climate in Mexico, Egypt, India and Indonesia, there was a common thread across the four countries. The individuals who had demonstrated considerable economic progress in their lifetime recounted a common story; they directly attributed their success to a singular person or “connector” who had provided guidance, mentorship, and often, financial support.

Rosario Perez, Former President of Pro Mujer, a non-profit organization that empowers advisors to provide loans to women in Latin America, immediately began to apply the connector findings to her work. “I told [my colleagues] that they really have to take this study and use it as a tool. We are going through a segmentation process to identify these influencers and migrants and be much more agile at finding those people in the community,” said Perez.

Others in the international development community said the insights validated the way they reach their target market through intermediaries. At the same time, the research also shed new light on segmenting these intermediaries based on five connector archetypes: business influencers, migrators, role models, mentors and introducers.

We’ve found that there are three primary benefits to leveraging connectors to reach those straddling the poverty line.

Connectors are a trusted point of entry to a new market.

The segment of the population close to the poverty line typically does not trust formal institutions such as banks, governments, and corporations. While access to services can continue to be improved, if people do not trust the services, adoption will remain low. Employing connectors who have an established base of trust in the community means that an organization can tap into this pre-existing channel of trust to deliver goods and services.

Camilla Nestor is a Senior Vice President at Grameen Foundation, which equips intermediaries to serve the poor in target communities. She explained how her organization leverages trusted connectors—armed with technology—to reach their users. “Trust is so crucial. These are people who often don’t trust government institutions or banks …they do trust their community. That’s what we’re leveraging here,” she said. “It is an opportunity to help these populations to increase their income and improve their lives, but doing it by contextualizing the opportunities, helping them to understand the opportunities better, and adapting behaviors through trusted connectors empowered by technology.”

Connectors provide rich information about users at a low cost.

Since connectors are typically embedded in the community of those in their network, they tend to have a holistic view of personal and financial matters in a person’s life. Whereas large institutions have only what is written on paper to evaluate a potential client, connectors have insight into behavioral drivers and the nuances of that person’s socio-economic circumstance. In Aflore’s case, informal advisors “allow us to explain behaviors that for a bank would be completely irrational,” said Barrera. For example, it can be useful to understand why a person has exhausted her credit line, or the reason for late loan repayments. Because connectors already belong to the community, the cost of accessing this information is lower than it would be if the organization had to build a network from scratch.

Connectors’ also facilitate word of mouth marketing and results based recruiting, where community members see the work a connector is doing and seek to emulate the connector or be a recipient of the services a connector provides. As such, individual connectors spur on the creation of connector networks, delivering a web of inter-woven individuals who have the potential to reach across geographies. Moreover, because connectors will often promote the product or service naturally in daily conversations with their neighbors, customer acquisition cost is low for organizations that maintain good relationships with the connector network.

For businesses, governments and non-profits, identifying and empowering existing connectors within a community is a low cost, scalable solution for targeting the difficult to reach population operating close to the poverty line. As this population gains increased buying power and access to the global economy, organizations should consider embedding connectors into their business strategy.

For more information on connectors and the research findings, check out the Connectors Project.

Fabio is the global lead of frog’s Social Impact practice, bringing human-centered innovation to collaborations with organizations such as UNICEF and the World Economic Forum.

Shamina is Executive Director at MasterCard Center for Inclusive Growth. She has deep experience working within the public and private sectors to deliver strategies that contribute positively to the global economy.

Alessandra is a Strategist at frog New York, with over 8 years of consulting experience working for clients in the private and public sector in New York City, Africa, Latin America and Southeast Asia.